Accentuating The Positive and Focusing On That Which Unites America 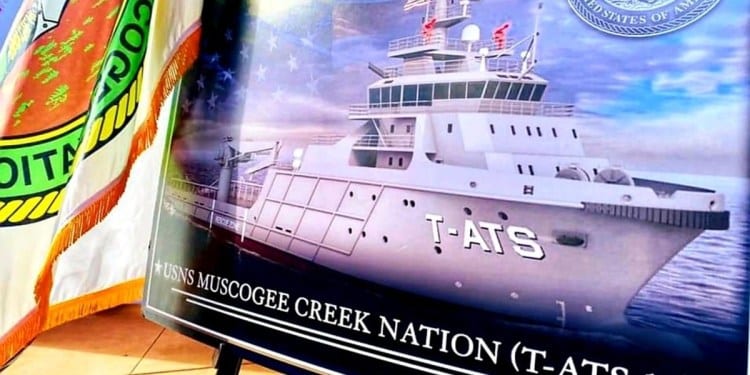 Out Of Many, One.

National motto of the United States.

Now it is time that we stop thinking about all that divides us and concentrate on the common values and heritage which we all share and cherish. Only when we see each other as friends and compatriots can we work together for the common good.

Our ancestors came from different regions of the world. Some from Europe, some from Africa, some from Asia, some from Latin America and some such as my own indigenous ancestors who were already here to meet them. But we cooperated to make a better world together.

That has not changed. America is still America. It may not look like it did when you and I grew up, but we still have inherited the greatest country the world has ever known. We must leave an even better society for those who come after us.

One factor that has always united us is military service to defend our way of life against all foreign enemies. That’s why I was very pleased today with the dedication of the U.S. Naval Ship Muscogee Creek Nation. This vessel will be named after one of the great Native American tribes that made this country what it is. There are many Mvskoke veterans of all branches of the service during many of America’s conflicts. I am the least of those who have served but I did my duty in the U.S. Air Force from 1968-1974.

Muscogee Creek Nation and other tribes honor our veterans who have served all the people, both native and non-native, of these United States. 1 in 100 Americans have served in the military but 1 in 9 American Indians have done so.

There are other things besides military service which we all have in common. Both indigenous languages and those which were imported from abroad are all valuable assets in our country, but while we have no official national language, English has always served us well in its various American dialects. On a good day, a person from Brooklyn and a person from Oklahoma may be able to understand one another at least somewhat. But it still passes as the same language. It’s not Farsi and it’s not Mandarin. Both those languages are welcome as well as long as those who speak them respect America and our way of life.

Our shared history is another positive factor which we must continue to preserve and respect. If we had it all to go over again, there would not have been a Civil War. We would have forced ourselves to sit down together at the table and emphasize those values which we share while working out our differences. We are at that point again where we need to respect and love one another. That has always been the case but right now it is especially urgent.

There are many vibrant subcultures across this great land. Each and every one has something important to contribute to the fabric of our shared culture. The key factor as we move forward together is mutual respect and consideration.

Communication must be considered sacrosanct. We must allow those with whom we disagree to say their piece. When we are assured that our way is correct, we have absolutely nothing to fear and there is no threat from other opinions. Whatever the origin of these words, I may disagree with everything you say, but I will defend to the death your right to say it. If we all believe and act upon that, America has a very bright and prosperous future ahead of us.

In stark contrast to other world ideologies, the teachings of Jesus Christ are that we must love one another and that we must even love our enemies. That does not mean that we will not defend ourselves. It means that we wish no one any ill will but that we will preserve and defend our way of life whatever it takes. We love America and our fellow Americans and we will never abandon this country which has allowed us to be who we are without coercion.

One way or the other we will share these United States of America with one another. We will all be a lot happier, safer and more self-determined as long as we respect others for who they are and not try to recreate them in our own image. Diversity with mutual respect is the ideal.

In the words of Woody Guthrie from Oklahoma:

From California to the New York island

From the redwood forest to the Gulf Stream waters

This land was made for you and me.