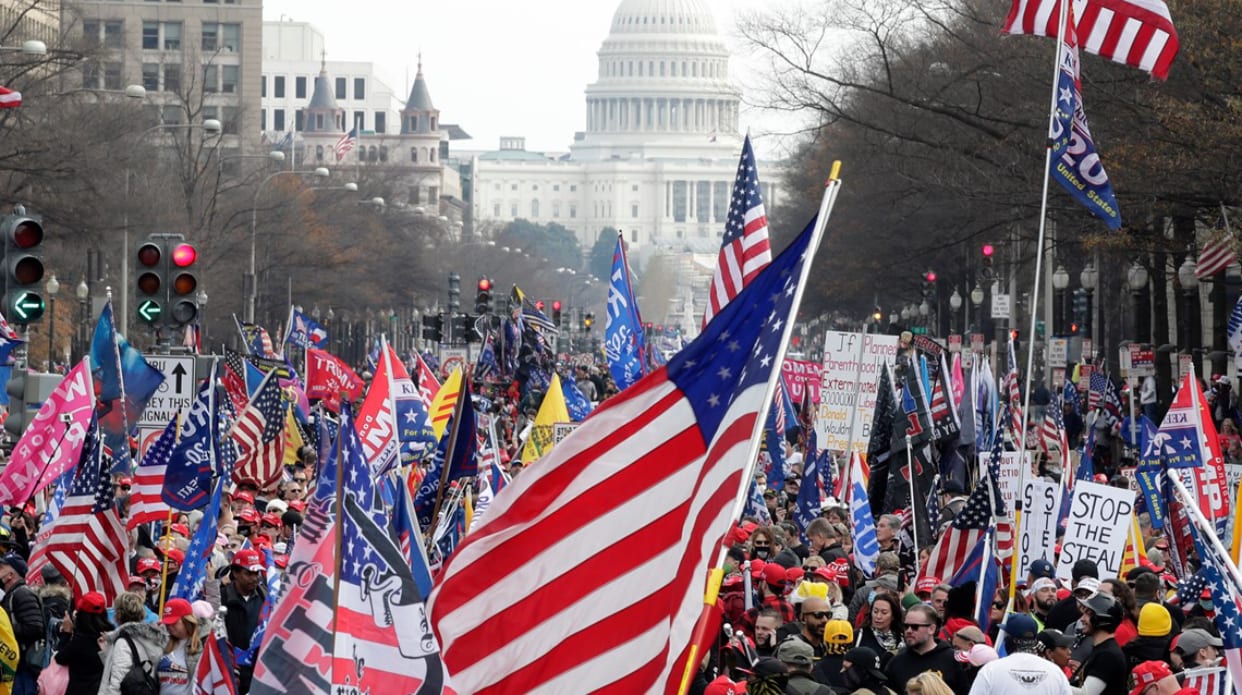 I am often fascinated by the rebel heart of Jesus. During Holy Week, it is easy to forget that Jesus cut against the grain. He was counter-culture. A rebel. And ultimately canceled for His rebellion, peaceful and just though it may have been. We choose which rebels we glorify and which we admonish. We love a rebel heart…when it serves our purposes or aligns with our beliefs.

Americans are imbued with that same rebel heart. Whether rebelling against historic feudal authorities in Europe or Asia, on the American plantation, or in cities full of graft and nepotism, we celebrate our freedoms of speech, dissent, assembly, and religion. But we also claim to want law and order. We question authority in the classroom and in our personal lives, but maybe not so much on the streets. We are free to claim that the Founders were atheistic deists or that America and Christianity are so intertwined that to remove one is to destroy the other. We say we don’t want fake news, but maybe have different perceptions of what is real and what is fake. A bit contradictory, perhaps, but such is the American pioneer spirit.

We crave and celebrate freedom. But tyranny lives in our hearts.

We saw this in our various pandemic responses. “This leader should hold more press conferences.” “This leader should say and tweet less.” “Those neighbors should wear a mask – what is wrong with them?” “This store should not require me to wear a mask–what is wrong with them?” We all, like tiny tyrants, decided not just how we should respond, but how others should too.

And so it was with the events of January 6th. The so-called “Insurrection.”

To be clear, I do not support the violent destruction of property or the loss of lives resulting from the chaos of humanity on that day. Nor do I support the destruction of property or loss of life due to use of excessive force in policing, collateral damages and civilian casualties from drone technology, the practice of abortion, organized groups—including Code Pink—taking over federal buildings, or riots–whether spontaneous or pre-planned. But to decry Oath Keepers and the Proud Boys when they plan organized civil disobedience, yet celebrate AntiFa and BLM when they plan to burn, loot, and destroy courts, stores, and police precincts is a level of cognitive dissonance I cannot subscribe to. Nor should you.

Disagreement is not tyranny. At times, it is amoral to keep our mouths shut and let injustice happen. So I ask your forgiveness for allowing so much time to pass since Janyary 6th before opening my mouth. What has been said and continues to be said about Patriots needs to stop. The man in the hotel lobby screaming that all Trump supporters are “deplorables,” without ever sitting down and having an open conversation with one needs to check his ego and his prejudice. The obnoxious former friend who trolled my wife for daring to be near the Capitol on January 7th should take an honest look at when he became the bully and the aggressor. January 6th should be seen as a day of renewal and rebirth, when those who felt voiceless were seen and heard. Not as yet another excuse to entrench an American aristocracy of potentates who cannot abide having their papers rustled.

We unfortunately have come to view Congress like a modern aristocracy. Provided, of course, they hew to the line drawn by the media and the mob. Those who question the prevailing media narrative are not only shunned, but ostracized. Cancelled. Senators who called for peaceful means of examining election results should not be banned from public service. Or from Twitter. If you believe they crossed a bridge too far, then work to correct that at the ballot box instead of reporting them to Facebook. But if you do not reside in their state, shut your damned mouth. The nationalization of politics is also a bastardization of all that made America great to start with. Our diversity is our strength. States like California, Arizona, and Texas ought to have an oversized voice in how we handle immigration, as they bear the brunt of the positive and negative effects of such policy, more so than West Virginia, Iowa, and Utah.

Yes, we all love rebels. Some wave the flag of the Confederacy 150 years after its defeat, others wear the image of Che Guevara on their teeshirts. Luke Skywalker and Han Solo were rebels. As was Jesus. Both John Eldredge and Jackson Browne recognize this publicly. Yet when Jesus rebelled, He too was cancelled. Many stopped following Him and stopped listening to His “problematic” demands. Some towns banished Him, through peaceful and violent means. Religious and political authorities not only rejected Him, they trumped up false allegations against Him and executed Him. And when given the chance, the mob clamored to save Barabbas over the rebel, Jesus. They chose thievery over Theos.

We bear that same taint. It was not just First-century Jews who killed Jesus, but every one of us. The world He so loved that He died to save. We Americans reject authority, but all too often also rebel against any challenge to the status quo. Just ask Occupy Wall Street, The Proud Boys, or Black Lives Matter.

Rebelling against Godly authority is not the same as rebelling against tyranny. Tyranny can be found amongst the media, politicians, and our friend and neighbors–today’s version of “the mob.” The social media mob, backed by corporate algorithms, decries and dooms to die all who dare challenge the November (s)election. Friends and neighbors reported friends and family to the FBI, simply for having exercised their God-given First Amendment rights peaceably to assemble and to petition their government, regardless of where they were or what they did in DC. As did banks and other corporations. Our surveillance state, created for our protection, ultimately dooms those who challenge it.

The pure rebel is the one willing to suffer the consequences for their actions.  In today’s America, however, some rebels are more equal than others. Some are subjected to federal scrutiny while others are celebrated and given awards. Equal Justice Under Law should not distinguish based on whether your cause is left or right, but right or wrong.

Don’t stop believing in Justice and don’t stop questioning authority. American democracy is participatory. But the Republic will only be kept if we continue to play our vital role in between elections. Talk to your neighbors about things that might be uncomfortable to talk about. Half of us believe it is immoral to ignore someone in their poverty and plight, the other half believe it is immoral to mortgage the next generation’s future in an ill-fated attempt to reverse it. Politics and Religion should be discussed–early and often. That is how synthesis arises and how true unity is attained.

So, as we celebrate the death and resurrection of Jesus, let us also reflect on the supposed death and immediate resurrection of the Patriot movement. Something died that day, the day of the ‘insurrection.’ Whether it was camaraderie or justice, we have not lived up to the promise of America and the principles of liberty. Actions have consequences, but so do inactions. Don’t just “sing a little louder;” take a stand and speak up for what you believe. Tyrants seek to silence you. Don’t bow down to them, or worse, become one yourself.

When the mob chose Barabbas, they forgot the principles of Truth, Liberty, Dignity, and Justice that Jesus advocated. Let us not do the same with those hundreds of thousands of American patriots who advocated for Justice in Washington that cold January afternoon. One day should not define or destroy you. If you support rebellion enough to contribute to a bail fund or to abolish the death penalty, you ought not to condemn those who marched on the U.S. Capitol to political or social death. Disagree with their tactics or participation, but allow for a more open social fabric to discuss and question future grievances.

Shutting down or cancelling the unheard only leads to more unrest. Today’s Buffalo Bill or cigarette-smoking Proud Boy is tomorrow’s rebel chic teeshirt. Extinguish the tyrannical tendency in yourself–for it is only then that America might be saved.