Oh Look, There Goes One of Those Second-Class Citizens, He’s Unvaccinated! 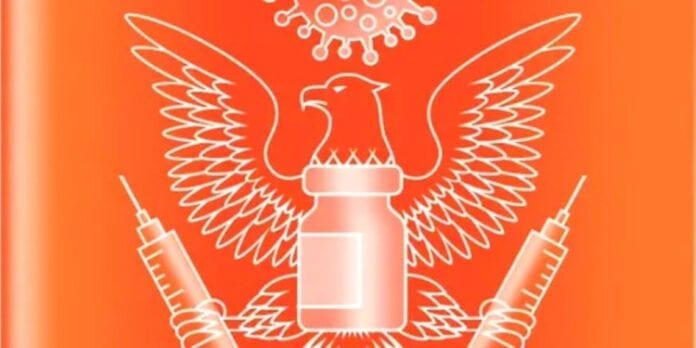 “They are not like us. They don’t follow the rules. They don’t even do what they’re told. They actually think they have the right to decide things for themselves. They are not productive parts of society. They’re so careless they don’t mind if they kill all of their neighbors. Since they’re useless, in fact actually dangerous, we need to get rid of them in any way we can. If we can’t just shoot them or gas them outright, let’s just make it impossible for them to survive in society unless they conform and become like the rest of us.”

We’re not going to make any inappropriate references or analogies to the wearing of the yellow star and the Holocaust. We are simply going to say that when life comes down to “Us vs. Them” and the powers-that-be can make life miserable or unlivable for everybody who disagrees with them, we are well down the road to perdition. They attack our Second Amendment rights to protect ourselves from government overreach so they can assault our First Amendment rights which guarantee freedom of expression.

America was founded on the principle of liberty where everyone is free to live according to his or her own conscience and beliefs, free from the dictates of government. We did not throw off a monarchy just to create a government which would oppress us in its stead. That’s why the U.S. Constitution provides constraints upon both our national and state governments to respect our God-given liberties which we have totally independent of their recognition.

Only now that the primary objective of unseating a lawfully reelected president has been achieved is there a widespread willingness to consider the origins of the “health crisis”. Flu cases miraculously plummeted whereas covid cases grew exponentially. Coincidence, of course.

If you can’t legally and ethically issue a vaccine passport or the semantic equivalent thereof in Tallahassee, you can’t do it in Honolulu either.

Governor David Ige unilaterally decides that 60% of the Hawaii public being vaccinated is the magic threshold at which restrictions for travel from the mainland to Hawaii can be relieved. 59.999% would be an unmitigated threat to the public well being, but 60% means that everything is A-OK. At 70%, all restrictions will supposedly be removed. That is neither science nor a constitutional process.

What we have here is a mad power grab by power-hungry politicians who want to dominate our lives and don’t want to ever let go of that control. Their tactic in doing that is to turn us against one another. How many last year ratted on a neighbor who didn’t obey the illegally extended emergency orders?

Now, how many will cave in and pressure everybody they know to get vaccinated because the government unilaterally mandates that they do so? We don’t need to go into case studies of numerous people who died shortly after taking the vaccine, including a number of well-known celebrities. What you are doing now for fabricated short-term gain could have untold long-term consequences in the months and years ahead.

I’m old enough to remember when things that they used to tell us were good for us were actually killing us. Asbestos was touted as a wonderful fire retardant when I was in elementary school, then they learned that it was a carcinogen. Mothers who took Thalidomide while they were pregnant in the early 1960s gave birth to seriously deformed babies, some totally missing limbs and some that we really don’t even want to describe, because those precious children did not deserve their fate.

What seems now like a wonderful idea could turn out to be an unmitigated disaster before you know it. By circumventing the FDA testing and approval process for vaccines, we really are playing Chinese roulette with what may lie ahead. We really don’t even know the extent of Bill Gates’ involvement with Wuhan and the engineering of this plandemic.

Whether it is to reduce the numbers of people in the world or simply to reduce those still living to servitude, those behind this were not altruistic, but had ulterior motives of world domination. Those who do not accept the vaccination now and who withstand the pressure to conform may well be doing not only themselves and their families a service, but their nation and the world as well.

Just to be a Christian in either Communist North Korea or Islamic Somalia often amounts to a death sentence. Governments and power brokers operate based upon their ideologies. Today, the secular ideology of America is being influenced by nefarious forces from beyond our borders.

I grew up hearing how Nazi Officers and extermination camp guards were condemned at the Nuremberg Trials when they tried to use the lame excuse “But, I was just following orders.” The Oath of Office to uphold and defend the U.S. Constitution requires us to obey lawful orders. The operative word there is lawful.

So, if you are part of the United States government, the Hawaii state government or the governments of the other 49 states or American territories, you better be darn sure the orders you are giving and following are lawful orders.

DEPRIVATION OF RIGHTS UNDER COLOR OF LAW

“Section 242 of Title 18 makes it a crime for a person acting under color of any law to willfully deprive a person of a right or privilege protected by the Constitution or laws of the United States.”

If you are an everyday citizen, you do not want to be caught up in mass hysteria designed to take away your free will. The Founders of our American Republic staked their lives and their fortunes to throw off tyranny so that you and I can live in liberty. But this liberty must be refreshed with the sacrifice of patriots throughout the ages.

A PLEA FOR SANITY

My final admonition to you is not to allow yourselves to become vassals of the state. Government must serve the people, not the people serve the government. When that relationship has been inverted, citizens must assert our God-given rights. If you have a religious or personal objection to taking a vaccination, or you just don’t want to take one because that is your right to make that decision, don’t let them treat you like a second-class citizen.

Just as the value of masks is now being rethought, so the efficacy of vaccines will be also, but there are some who will suffer the consequences in the meantime. If you choose to be vaccinated, then be vaccinated. But there is nothing in the U.S. Constitution that gives anyone, whether the President of the United States or your state Governor or your city Mayor the right to require you to be vaccinated. Just listen to Joe Biden babble and you can easily decide whether he knows better what’s good for you and your family than you know for yourself.

NOT AN ABSTRACT PHILOSOPHY

On a personal note, I was unable to see my 91-year-old cousin before she passed away during a planned trip in September 2020 because Hawaii Governor David Ige kept extending the mandatory 14-day quarantine for Hawaii residents returning home. Now he has come up with some contrived system of percentages for allowing free travel for vaccinated people and then supposedly eventually to everyone.

How many loved ones were denied being with their elderly relatives in their last moments because of draconian governmental policies? Who gives politicians the right to make these life-and-death decisions for any of us? That was not one of the issues that went into the last campaign on which we cast our ballot.

Even in Deep Blue Hawaii, having a [D] after your name should not be carte blanche to try to play God.

Those of you who are old enough remember what happened to those followers of Jim Jones who drank the Kool-Aid. If you’ve already taken the vaccine, nobody should second-guess your decision. But those who prefer to wait and see what effect it has on others are making a wise decision.

This article was originally posted on NOQ Report