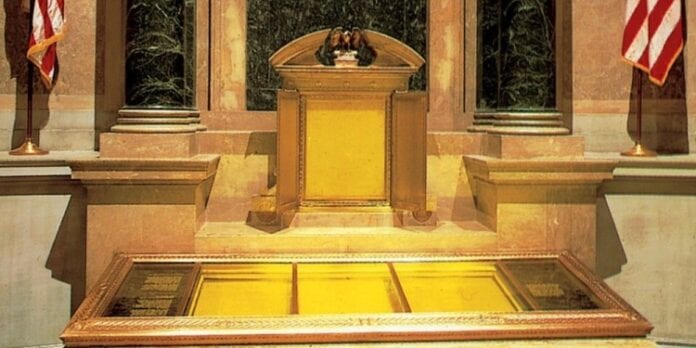 The Speaker of the House of Representatives may serve no more than four years total in that capacity, whether or not consecutively. This provision applies to the incumbent at the time this amendment is ratified and is effective immediately thereupon.

Every Justice of the Supreme Court, including the Chief Justice, shall be required to retire at age 80. This shall apply only to new Justices appointed after the ratification of this amendment. The President may nominate a candidate, for the advice and consent of the Senate, prior to such mandatory retirement of a Justice which shall become effective with Senate confirmation only after the Justice retires.

THIS 28TH AMENDMENT NEEDS TO BE INTRODUCED IMMEDIATELY

The first 10 amendments to the U.S. Constitution, known collectively as the Bill of Rights, were ratified in 1791. In the 230 years since then, there have been only 17 additional amendments. Following are the amendments and the years of their ratification.

At the time that our U.S. Constitution was written, men and women did not live nearly as long as they do today. Our Founders saw the necessity to establish a minimum age of 35 to serve as President, 30 as Senator and 25 as Representative. They did not, however, foresee the need to limit these offices to a maximum age.

Today it is abundantly clear to impartial citizens that those currently serving in these capacities have exceeded in years the ability to effectively fulfill the duties of their elected roles. Likewise, our Founders did not intend public service to be a lifetime career for anyone. After President Franklin Delano Roosevelt was elected to four terms during the World War II-era, dying early in his final term, it became necessary to amend the U.S. Constitution to limit a President to two terms.

Now it has become necessary to prevent career politicians who have never had any life outside of government from making life-or-death decisions on behalf of the American public. For a very long time, I personally opposed Congressional term limits until I realized that no one is capable of withstanding the negative effects of prolonged power without commensurate accountability.

It has been nearly three decades since the ratification of the 27th Amendment. Rather than just making a nebulous suggestion that something needs to be done about Congressional term limits and age limits for President, Vice President, Congress and Supreme Court, I have provided a template for our 28th Amendment. Some incumbents on Capitol Hill have voluntarily indicated that they will abide by self-imposed term limits, including Senator Ted Cruz of Texas.

What we need now is to quit just talking about it and actually do something about it. The amendment herewith recommended will not solve all of our problems but it is a very positive step in the right direction. America needs men and women willing to take a portion of time out of their life for public service, not politicians from so-called “safe districts”, who act without constraint because they know they will not be held accountable for their actions. Nor can we afford Supreme Court Justices with lifetime tenure whose decisions are beyond appeal.

WHO WILL BE THE MAN OR WOMAN OF THE HOUR?

The hour has come. Now we need a U.S. Senator or Representative to get the ball rolling on this urgent 28th Amendment. The names of most Members of Congress will be virtually forgotten 100 years from now, whether you serve 50 years or just 12 years. But, this can be your legacy which will live on for posterity. This is just a template, but you can put your own imprint on American history.

James Madison has lived in the annals of good governance well beyond his time on earth, will you?