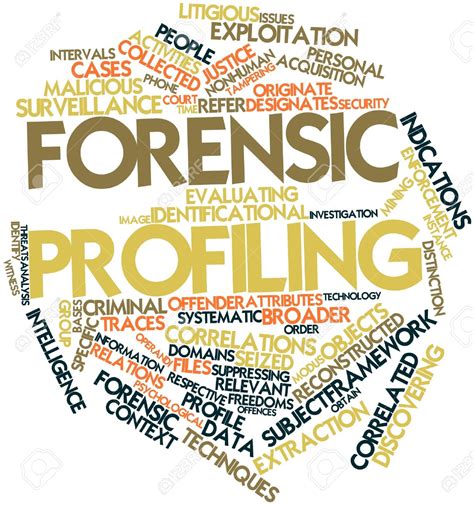 In policing, as in politics, ‘profiling’—especially racial profiling—has fallen into disfavor everywhere and is now deemed to be illegal. Such profiling is looked upon as synonymous with racism and extreme bias. Yet, some types of profiling, even it it involves race, make perfect sense.

Not all profiling is unlawful. Offender profiling, as a prime example, is a legal technique employed by law enforcement when conducting a criminal investigation. Offender profiling enables police to more quickly identify potential suspects, thus reducing the incidence of crime or potentially saving more lives.

By analyzing patterns that might predict future offenses, or even future crime victims, police render a valuable service to their respective communities. Offender profiling is used to identify and locate potential criminals and arrest them, and often requires complex, expert psychological and social assessment. Indeed, one can even become a professional profiler with a law enforcement agency. Indeed, NBC even had a television show in the Nineties called “Profiler” that revolved around such a professional at the fictional FBI Violent Crime Task Force.

One cannot deny that sometimes offender profiling encompasses race, especially in the case of suspected hate crimes. For instance, since Blacks disproportionately attack Asians as compared to whites, when investigating such crimes does it not make sense to be aware of trending crime statistics? Or, should octogenarian Caucasian women be part of the investigation?

Thousand of Years in the Making

Throughout history, human beings have successfully used profiling in one form or another as a way of effectively making their way through the world, even if the terminology was unknown.

Profiling in contemporary business can lead to greater efficiencies and higher profits. In the early 1990s, the top tractor-trailer drivers who delivered food and non-food supplies nationwide to all of the Domino’s pizza stores regularly earned annual awards for safety from the National Highway Transportation Safety Association.

Collectively, these drivers had the fewest accidents and traffic citations, as well as the most miles of accident-free highway driving. Understandably, Domino’s maintained its own internal records indicating which drivers had been on the road the longest, logged the most miles, had the fewest accidents and citations, and had the best overall driving records.

The Best of the Best

It stands to reason that the single best driver among all of the company’s truck drivers, in a company that annually won the national award for safe driving, would be among the best commercial drivers in the country. However, the company officer in charge – the vice president of Domino’s Pizza Distribution Company – realized that he didn’t know the name of this individual, or, for that matter, the names of any of the company’s top 10 drivers. He concluded that he needed to start rewarding these top performers.

He realized, as well, that he didn’t know the names of the top pizza dough-makers in the company or the top 10 in any other department. As such, he wasn’t in a position to 1) create a profile of the best drivers or dough-makers, 2) identify the best rewards or incentives for these people, and 3) hire others like them.

The insight here is valuable for everyone in business, law enforcement,  government, and politics in general.

If your front line is the face of your agency, department, or division, how important is it to know all you can about the top performers, to protect your reputation? If your front line can either sink you or help you to achieve a record-breaking year, doesn’t it make sense to profile?

In light of the above, Domino’s decided to embark on a new approach to identifying, rewarding, and assessing its top performers. The company began giving rewards on a regular basis and publicizing such recognition. The company would do all that they could to learn from their top performers and use that knowledge to create profiles, thus attracting other potential top performers.

Internally, walk the floor and make first-person observations. Meet and greet the people who are doing a good job for you. This will help enormously in finding more people like them. Externally, analyze the data, sift through the clues, consult the experts, and devise working profiles that will help enormously in finding perpetrators, combating crime, and protecting citizens.

Isn’t that what any rational person would want to have happen?