The Desensitizing of America 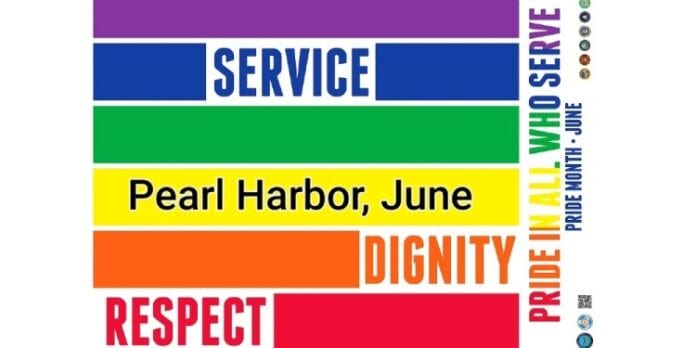 Our country has been demoralized because our society has become so godless. There have always been good people and bad people in America and in every country. Nearly two centuries ago European Alexis de Tocqueville found this land to be one of people of spiritual faith and optimism. Sadly, that is no longer the case today.

The insidious secularization of our culture has led to one in which there is little if any cause for optimism for the future. People go about their daily lives without any real sense of a higher cause, let alone a Higher Being or Deity to Whom we are all accountable.

There is no longer any consensus concerning an absolute standard of right and wrong. Subjectivity has led to the complete polarization of our body politic. When there is no sense of purpose, anything goes. The only thing censoring or precluding heinous activity is the fear of being caught.

Integrity is doing what is right because it is right even if you think nobody is looking. That is all too rare in our day and age.

The realization of this is not only for those who observe what is going on in the political arena. We see elected officials who are motivated by the hunger for power and the thirst to dominate others. The concept of public service is not the operative catalyst in Washington DC or any of our 50 state capitals.

But, it isn’t just politics and politicians. Too much of our window into the national scene is provided by the corrupted media. Hollywood has never been rightly known as the domain of patriotism. But movies with a positive message such as Mr Smith Goes to Washington are simply not being made these days.

It is exceedingly difficult to find a movie worth watching even with the proliferation of methods to view them. Even the so-called protagonists are usually not role models for young people or for anyone. You really can’t tell the good guys from the bad guys because they are all just various shades of self-interested indulgence absent any conviction of significance in their lives.

Social media is dominated by the dark forces of delusion and subversion. The billionaires who made their fortune off of our backs are doing us no favor, nor are they providing us anything of value. Just like the old question of which came first, the chicken or the egg, one must ponder whether social media magnates benefit most from mind control or whether mind control depends upon them for its proliferation.

Tyrannical governments attempt to micromanage every aspect of the lives of their subjects. This has long been the case with Marxism. But now, it has infiltrated America just as it continues to exist in China and Russia.

Educational institutions no longer teach students to think for themselves, to consider all sides of the issues, to weigh the evidence carefully and to make wise decisions. Rather they are worried about trigger warnings, safe spaces and whether generic pronouns are always used.

If the Washingtons, Madisons, Hamiltons, Jeffersons, Lincolns, Kennedys and Reagans of our nation’s history had been indoctrinated in such institutions, America wouldn’t have made it this far. It is very questionable if the Bidens and Harrises of our modern age can get us through this decade, let alone this century.

We no longer learn the lessons of ancient republics and our world contemporaries. We no longer design a Constitution which will last for hundreds of years. We have Chief Executives who can’t even remember D-Day 77 years ago. We have second bananas who visit other countries before even seeing our own borders firsthand. Today’s shallow leaders are not even faint shadows of the intellectual and moral giants of our history.

Nothing these days is intuitive. We no longer have the inspiring words of our 40th president reminding us of the valiant sacrifices of patriots throughout the ages. When the military installation that was attacked on the date that will live in infamy now prioritizes the celebration of gay pride month, we are no longer a role model of decency and good governance that we once were.

We have been manipulated. America has been coerced. Our values have been ridiculed and undermined. We are no longer behaving as if we consider ourselves One Nation Under God. Therefore we are no longer indivisible.

Gratuitous sex and violence are definitely instrumental in this desensitization of America. But, moreover, it is exalting our mortal selves as though we were in control of our own destiny that portends to leave us on the ash heap of history.

None of us by conscious thought can add even one nano-second to our physical lives. Even the richest person on earth with the best medical team cannot live forever as flesh and blood. To believe and to act otherwise is the ultimate blasphemy with leads to the death of the soul and the spirit as well as the inevitable demise of the body.

The good news is that this decomposition of our moral fabric can be stopped. We just have to admit that our mortal minds do not have all the answers. Those of my baby boomer generation have not done a good job of passing along the traditions and values which we inherited from our ancestors. We’ve had enough difficulty just living up to them ourselves.

If each of us will just do what is right in our own lives and within our own circles, it will grow and expand nationwide. A journey of a thousand miles begins with a single step. We cannot change the world until we change ourselves.

America! America!
God mend thine every flaw,
Confirm thy soul in self-control,
Thy liberty in law!