The Time Has Come To Openly Mock Mask Wearers 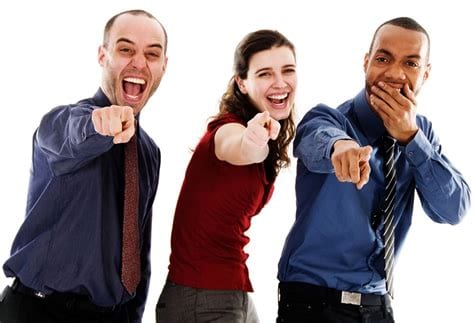 This will not be my most “Christian” rant, but I’ve literally had to endure a YEAR OF STUPID and I cannot take it anymore.

ATTENTION COVID CULT MASK WEARERS AND VAX PUSHERS: Your cult leader, Tony Fauci, has beclowned himself utterly. His emails show you in black and white that it was all a farce from the start and you IDIOTICALLY went along with it!

And if you are still following his made-up health guidelines and rules that were complete rubbish then and still are now, then you deserve to be pointed at and laughed at…in public.

Do you think that’s too much? Too harsh? Too uncharitable?

Let me simply explain to you THE STUPID I just saw today at the grocery store.

I saw an entire family in masks, with the masked 12-year-old girl wearing a T-shirt that read in woke shame-language: “Free Your Mind.” Yes… I laughed and pointed at that child. I’m certain she was not intentionally being ironic.

She and her family’s minds are anything but free. They are plugged into the Matrix of Big Tech, Big Gov, and Big Pharma. I am certain she has no idea what true freedom is.

I do know the cost of having a critical-thinking, actually free mind.

The cost of having that free mind is walking into a store surrounded by masked people glaring at you all year, and knowing they are being brainwashed. Knowing that they have fallen under the spell of the Washington Post, The Guardian, and many other of Bill Gates’ Paid COVID Fear-Porn Media Outlets.

Having a free mind this last year meant you were a complete and utter outcast and at any moment you could have someone make a shame video of you in a store that would go viral. Maybe they would scream and yell at you as an extra bonus. Or worse, be arrested when you hadn’t committed a crime. We saw that almost every week of this past year.

Still think you shouldn’t point and laugh at masked people?

Consider this. My friend Hannah Petersen’s 2nd-grade child was forced to wear a mask by the school. He and all his classmates in Florida were forced to do PE and run laps in 90-degree sun. And if they pulled the mask down to simply breathe, they got yelled at by the teacher and given even more laps. In the sun. In the mask.

So, Hannah fought back against this government-sanctioned child abuse and started a group called Stop Masking Kids that now has over 10K parents who are sick and tired of the government’s medical tyranny over their lives and their children’s lives.

Hannah recently appeared on a National TV Show ( Lindell TV with Brannon Howse ) and the MAGA Institute Podcast to re-tell disturbing stories that parents have told her. Stories that, if you are weak of stomach, stop reading now.

Before I tell these stories, remember that the ENTIRE Maskerade is Fauci’s fault; it’s the media’s fault; and if you fell for it, it’s your fault for pushing this anti-scientific, completely idiotic, pulled-out-of-Fauci’s-butt idea. His emails prove that we were right and everyone who bought into the BS was either a liar or a fool.

Hannah said, “The worst stories I hear are from moms of Special Education children. They simply don’t understand why their mouths are covered, and as a result, they are eating holes in their masks. Eating. The. Mask.

Another friend is a nurse practitioner who works with special needs and medically fragile children. She had a patient who is a quadriplegic girl that vomited into her mask and, not being able to remove it herself, aspirated her own vomitus and ended up being admitted to hospital on an emergent basis. Forcing that girl to wear a mask is forcing a physical restraint on her…something that requires a judge’s order. But martinet malefactors don’t care about the law, they only care about exercising their power over the powerless.

No one bothered to think of exempting these children from the insanity. Or two-year-old toddlers on an airplane. Nope. All Hail King Fauci, Lord of All Knowledge.

And then there is the story that Hannah told of the mom that couldn’t get her first-grader to take the mask off. Not even at night when he was alone in his room in his bed. The mom would have to force the once normal and sane child to remove the mask off his face, all the while he screamed, “I don’t want to die! My teacher said I would die! My teacher said I could kill her.”

Still think it’s too much to openly mock and laugh at those continuing to perpetrate this mass-delusion of mandatory masks?

I should have started mocking and pointing and calling people out last year. Instead, I stayed silent, as I’m sure many of you have when you saw your friends and family fall prey to the brainwashing.

I recently went to lunch with a couple of friends, one of whom demanded that we “mask-up” on the sidewalk and inside the restaurant. Once we sat down I thought I’d be free again, but no. He sat with his mask on while the rest of us removed ours. When I sweetly inquired why he… a full-grown, conservative man with balls still attached…was buying the BS, he replied, “I’m trying to follow the rules. The rule is you must keep your mask on until you are served a drink. That’s what I’m going to do.”

Last year, I had another conservative female friend come to my farm out in the country with her children. I believed she was coming to get away from the CoronaCon insanity in the city, and was more than excited to welcome her young boys and herself to the farm.

What I didn’t expect was that she would bring the COVID madness with her.

While outside on a bright and sunny day, she refused to take the masks off her children. As if I, or my horses, or the fresh air would strike them dead.

When I sweetly inquired “Why are your children in masks? Let them breathe!” She informed me that she was told by her kids’ school that they needed to do at least 7 hours of “mask training” a day.

What the Hell is “Mask Training?” I screamed in my head. I should have screamed it out loud, because I was literally watching child abuse in my front yard.

But instead, I watched as young boys ran around trying to have fun, but pulling at the mask constantly, and just wanting to be children and breathe.

I should have screamed out, “Why are you such a weak parent that you will let the school district determine how your child is breathing, especially when they are not in school? What the Hell are you doing?!?!?!?!

I wonder if she’s angry now that she sees Fauci’s mask policy was a fraud all along? That he said in an email exactly what we’ve said from the beginning: that thinking a mask will stop the transmission of viri is like thinking that a chain-link fence will keep out mosquitoes.

I wonder if the people who shamed us day-in and day-out in order to “force” us to care about their immunocompromised children or themselves are infuriated by Fauci’s fraud? Or embarrassed by their gullibility and virtue-signaling, obnoxious obsequity?

I wonder if they will ever allow themselves to be angry… truly angry… at the utter stupidity and fear forced onto them and their children?

The Social Cost of This Past Year’s Insanity

How many birthdays, funerals, weddings, vacations, relationships, lives, were lost? Gone. Because of Fauci and his COVID Fraud Bonanza of masks and vaccines? I know I’m about to lose two friends after they read this, and that’s the cost of a truly free mind and a finally free voice. As they say, freedom is never free. But I think these people need a strong dose of Wake the Hell Up. And the public does too if we are ever to return to normal America again.

I’ve sat quietly by for over a year. The fraud has now been exposed. The masks should not only come off, but be set on fire.

And if you are still wearing a mask…and also bragging about getting “fully vaccinated”…YOU are the King of Stupid.

Pray to God you never see me or any of my tribe in a public place.