Why Is Everyone Afraid to Utter the Names of Terry Nichols and KSM in the Same Breath? 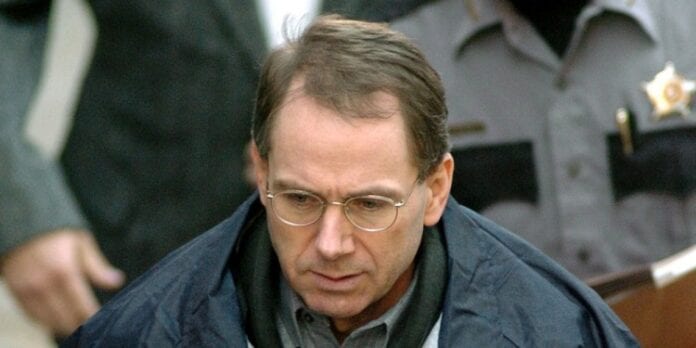 If you don’t recognize either of the names in the title, this article is probably not for you. Terry Nichols is the convicted co-conspirator of Timothy McVeigh in the bombing of the Alfred P. Murrah Federal Building in Oklahoma City on April 19, 1995. Khalid Sheikh Mohammed is the architect of the Islamic terror attack of September 11, 2001. Ramzi Yousef is KSM’s nephew. McVeigh was executed for his crime on June 11, 2001. KSM is still held at Guantanamo Bay. Nichols and Yousef are in separate cells at the maximum security federal prison in Florence, Colorado.

The Oklahoma City Bombing: Was There A Foreign Connection?

WHY BRING THIS UP NOW?

If not now, when? The Federal Bureau of Investigation has swept this under the carpet for over 26 years and Congress reached a dead end many years ago. If you read everything at those two links, did you notice what President Bill Clinton said to Oklahoma Governor Frank Keating?

“Note: at the outset of the subcommittee’s investigation, former Oklahoma governor Frank Keating personally requested that the investigation be called off. During his meeting with the subcommittee chairman, Governor Keating mentioned that then-President Bill Clinton had called him only hours after the bombing.”

“According to Keating, President Clinton’s first comment to him after the bombing was ‘God, I hope there’s no Middle Eastern connection to this.’”

“This mindset, described by Governor Keating, may or may not have influenced the original Oklahoma City bombing investigators. There were many reasons to believe that there might have been a foreign connection. There should have been no hesitation to investigate and make that determination, even if it would have required a forceful retaliation.”

When the Democrat President of the United States and the Republican Governor of the state in which the terror attack took place both tell you that they don’t want you to establish an Islamic connection, what’s the poor little FBI supposed to do? Just exactly what they did, which was to conclude that no foreign connection could be established. If they gave even 1% of the effort to 4/19/95 that they do to 1/6/21, then we wouldn’t be over a quarter of a century later with nobody wanting to talk about it.

Am I the only one who does want to talk about it? Do you?

SO IS THAT THE END OF THE STORY?

I’ve never been one to let either sleeping dogs or politicians lie.

There are still people both in the United States and the Philippines who know a lot more that the American and Filipino public deserves to be told. As a retired U.S. Federal Officer, I have long been fully aware of Nichols’ travels to the Philippines prior to the Oklahoma City bombing and just immediately before the Bojinka plot. I’m depending upon you to have read those two links, so I’m not going to explain all these terms.

This article really isn’t for anybody who hasn’t previously been fully aware of the events in Oklahoma City and Operation Bojinka. Rather, it is designed to prompt those who know something to step up and speak out.

If you know something, what possible reason could you have for not setting the record straight? As for the FBI, it obviously could have something to do with prioritizing one’s own career ambitions over ascertaining the full truth.

As for Terry Nichols himself, it’s quite obvious, first of all, that he has no conscience and does not feel any need to come clean. While serving a life term in a maximum-security prison in solitary confinement without the possibility of parole, what does he have to lose? He has no access to the internet and is allowed only to communicate with vetted friends and family members via email which is carefully monitored and probably redacted.

I submitted a request via email to the Federal Correctional Center in Florence, Colorado, asking whether Terry Nichols would be willing to respond to questions about the purpose and nature of his trips to the Philippines.  The terse reply from the Office of the Executive Assistant was:

Inmate Nichols does not wish to answer your questions.”

OK, so at least they appear to have presented him the opportunity to respond. Since he is never going to get out of prison, whom is Terry Nichols protecting? He may be still just too bitter against the world to talk to anybody, but he is the only one who really knows 100% of the facts related to his multiple trips to the Philippines.

SO, WHO ELSE KNOWS THE FULL STORY?

Obviously, Ramzi Yousef would know whether he was in contact with Terry Nichols, but there is zero value in contacting him. Deceit is an essential element of the ideology to which he subscribes.

That leaves authorities in the Philippines who investigated the Bojinka case. The FBI took most of their files and that’s why they are not readily available. But there are still memories lurking in the gray matter of any Filipino law enforcement, military or intelligence officials.

There is also the probability that diplomats and other representatives of third countries assigned in Manila back then also have records and recollections. Politicians, however, have no motivation to get involved. Neither Americans, Filipinos or other nationalities.

There are other members of the community on the Philippine island of Cebu who would remember things that happened and whether meetings took place between Terry Nichols and either Ramzi Yousef or KSM. Since those in authority here in America and in the Philippines are not pursuing this, they provide no conduit for civilians to come forward. The innocent bystanders have no one trustworthy to tell.

If you are one of those in previous and/or current authority who has relevant information, you also have the experience and common sense regarding how to make it known, either with or without attribution. If anyone wonders why, just as Bojinka failed but 9/11 succeeded, those who seek to harm innocent people and our countries will never quit trying. After reading this, you cannot say you were not reminded and forewarned.

If, unlike Terry Nichols, you have a conscience, you know what to do now.  The next attack could be in Manila or in Washington DC. It could also be in Tokyo or in Jerusalem.