You CAN Protect Against the COVID Spike Protein! 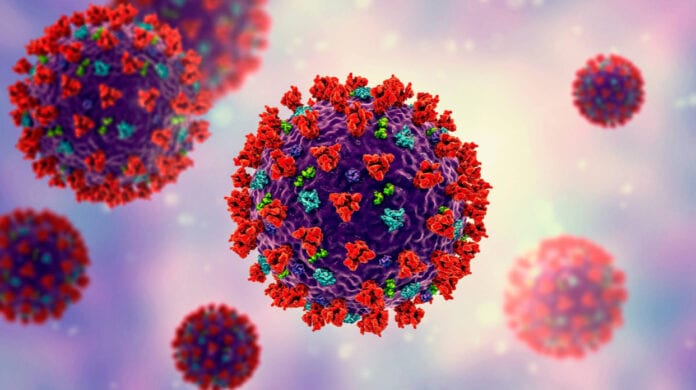 SARS-CoV-2 Is Real…And So Is “Shedding”

One thing on which everyone on both sides of the COVID Wars can agree is that SARS-CoV-2 is a real virus that causes a real illness, known as COVID-19. We can also all agree that COVID-19 is a potentially lethal disease, particularly for those over 80 and those with underlying comorbidities, especially obesity and heart disease.

Where our agreement fails is over the actual threat posed by SARS-CoV-2 and the threat posed by the experimental gene therapy injections that have been (intentionally) mislabeled “vaccines.” People who abjure GMO foods are now literally turning themselves into Genetically Modified Organisms. That is an actual, irrefutable scientific fact.

Another actual scientific fact that is being dismissed as a “conspiracy theory” by those in the COVID Cult is that all the various experimental injections cause the body to produce a continuous stream of the SARS-CoV-2 spike protein and that people who have been thusly injected “shed” (a better word is “transmit”) those spike proteins to the environment…and to those who haven’t received any injection.

Why does this matter? Because as their own experimental protocol document states, Pfizer knows that even THIRD-hand exposure to someone who has been injected with its formulation poses such a risk to pregnant and breastfeeding women (and their babies) that Pfizer Safety needs to be informed within 24 hours.

Its right there in black and white in Section 8.3.5.

The Moderna formulation has the exact same mechanism of action as the Pfizer injection. And the Johnson & Johnson shot uses a different means of accomplishing the same result: artificially stimulating the manufacture of the SARS-CoV-2 spike protein in the transfected cells of those who have been injected.

Not surprisingly, doctors around the nation are reporting an increase in miscarriages. And one 5-month-old infant died two days after her mother “got the jab” and then breastfed the baby.

The danger is thought to arise from the conformational similarity between the artificial SARS-CoV-2 spike protein being manufactured and transmitted by people who have been injected and syncytin-2, a protein that is essential for the formation of the placenta.

The proposed mechanism of action is that the antibodies created by the immune system in reaction to exposure to the artificial spike protein then mistakenly attack the syncytin-2 proteins found in the placenta, causing placental necrosis and eventually, placental abruption and miscarriage. Essentially an auto-immune abortion.

Doctors are also seeing a marked increase in abnormal clotting, embolisms, strokes, and heart attacks among all ages, even among otherwise healthy teenagers, shortly after people receive one of the several injections. Indeed, this risk is so pronounced that administration of the the Johnson & Johnson injection was temporarily halted. (Curiously, the Fauci-affiliated technology used by Pfizer and Moderna was not halted. Hmmmm.)

In 1976, universal administration of the Swine Flu vaccine (which was an actual vaccine) was halted after 53 people died following vaccination. There have now been over 4,400 deaths reported to the CDC’s Vaccine Adverse Event Reporting System (VAERS). And counting.

So there have potentially been over 400,000 deaths from these injections…FAR more than the number of people who actually died from COVID-19. (CDC itself said the actual number was approximately 4% of the death totals breathlessly touted 24/7 by the legacy media.)

Yet it’s still full-speed ahead with Operation Warp Speed. Why?

Fear Not! There Is Hope

That’s the bad news. The GOOD news is that the Good LORD has blessed most of us with an amazing and robust immune system. One that provides immunity FAR more effective at warding off SARS-CoV-2 than the limited immunity provided by the gene therapy injections. Not just antibodies against the SARS-CoV-2 spike protein, but killer T-cells that can provide immunity against all likely variants that will arise. Immunity that is much broader than any that may theoretically be provided by the experimental gene therapy injections and that will potentially last a lifetime.

Moreover, doctors are reporting that certain vitamins and minerals have been shown to boost the effectiveness of our immune system and also protect against tissue damage caused by oxidative stress and potentially reverse damage already done by the SARS-CoV-2 virus or by the artificial spike protein transmitted by those who have been transfected with viral mRNA.

Like all of our organs and systems, the immune system needs specific raw materials in order to perform at peak efficiency.

Dr Bryan Ardis of Ardis Labs recommends a daily regimen of Vitamin C, Magnesium Chloride (MgCl2), and Selenium in order to provide your immune system with the raw materials it needs to protect you from both SARS-CoV-2 and the artificial SARS-CoV-2 spike protein that is transmitted by those who have participated in the experimental gene therapy trials.

Dr Ardis’ research supporting his protocol and the recommended dosages may be found here:

You can also get a free copy of Dr Ardis’ 20-page COVID-19 report by emailing him directly: doc@ardislabs.com

Likewise, Dr Eric Nepute of Nepute Wellness Centers recommends taking Vitamin D3 and Zinc daily; again, to improve your immune system’s ability to protect you from both the virus and the artificial spike protein.

Dr Nepute believes so strongly in the importance of these supplements that he’s offering a free 30-day supply of each at www.freevitamindeal.com. You can learn more about Dr Nepute and his practice at www.ericnepute.com.

Visit flccc.net and americasfrontlinedoctors.org for information and telemedicine resources, so you can protect yourself and your loved ones from potentially lethal outcomes of being around people who have received one of the experimental injections.